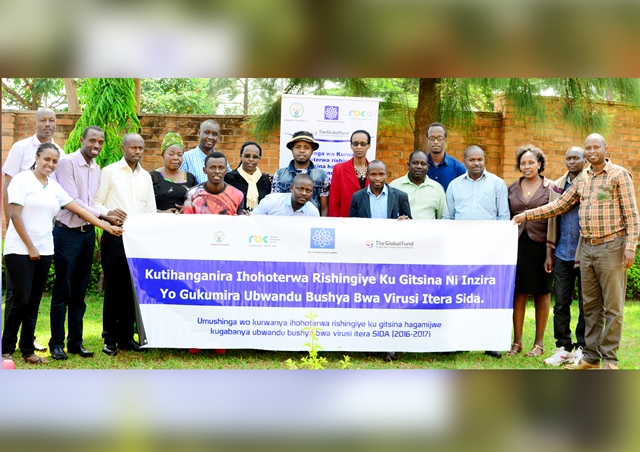 Pro-Femmes/Twese Hamwe, in partnership with the Ministry of Health/RBC/SPIU, is implementing a Project entitled : “Fighting against Sexual and Gender Based Violence in order to reduce HIV new infections in all Districts of Rwanda”-(NSP/HIV/Project) 1. Project Aim Contributing to the reduction of HIV new infections by providing trainings and conducting campaign to sensitize and enhance the community’s prevention and response to GBV and provide support to vulnerable victims of gender based violence (Legal and psychological support).

2. Project objectives The objectives of the project are :  To ensure that people living with HIV have the same opportunities and rights as the general population  To train different people from various institutions on SGBV, its prevention, how to fighting it, response mechanisms.  To strengthen the coordination of the multisectoral efforts to prevent and respond to Gender Based Violence.  To raise awareness in order prevent and respond to HIV&AIDS as a consequence of GBV.  To enhance existing structures and leaders capable of supporting initiatives against GBV practices

A. To integrate communication on GBV into other HIV prevention communication efforts B. To conduct awareness sessions for PLWHA on their rights C. To organize campaigns to sensitize the community on GBV and management of rape D. To provide access to legal services for SGBV victims E. To provide counseling services to SGBV victims F. To keep operational the toll free hotline