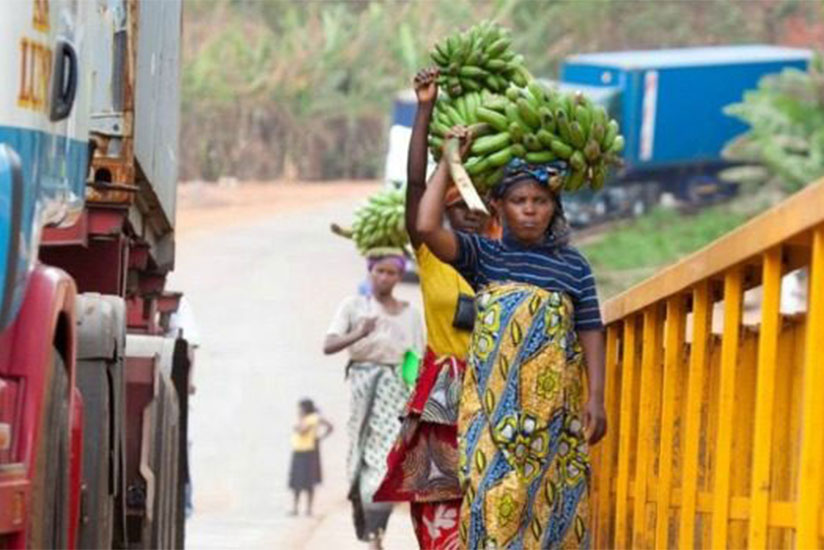 Trademark East Africa (TMEA) has announced over Rwf145 million for a project that will empower 25 women cooperatives engaged in cross-border trade.

This was during the launch at Pro-Femmes/Twese Hamwe’s office-Gahanga, Kicukiro District of the project whose goal is to enhance regional integration in a manner that permits women and men from border communities to boost their livelihood and ably contribute to the nation’s sustainable economic development.

“The project has mobilised and brought together former informal women cross-border traders and organised them into cooperatives. We build their capacities, raise awareness on trade opportunities and facilitate access to finance,” said Chantal Umuhoza, the project coordinator.

Pro-Femmes/Twese Hamwe, she said, is encouraging women cross border traders to engage in value addition in their business. Some 25 cooperatives, including maize millers, soap makers, juice makers, and others, will benefit from the fund.

The projects’ activities are based on four components : capacity building, access to finance, access to markets and advocacy.

One of the beneficiaries, Dorcas Mukabutera, from Bugarama Sector, Rusizi District, told The New Times of how her life changed nearly two years ago when she stopped working alone and joined a cooperative.

“When we first joined hands, we were 12 women and two men. We chose to sell foodstuffs and, alter, due to the trainings we got our businesses grew,” she said. “We have made important strides as members of our cooperative can afford many things, including medical insurance for their families.”

Mukabutera said, this year, Pro-Femmes/Twese Hamwe representatives visited her cooperative three times to train members. They were taught how to manage small businesses, and how to best do cross-border trade.

“Unlike in the past when we engaged in illegal trade, now we know the law and can do business without making losses yet we pay tax. Members really understand the importance of paying tax and no one is into illegal cross-border trade anymore,” she added.

Since 2012, Pro-Femmes/ Twese Hamwe is implementing a project funded by TMEA, aiming at strengthening the economic power of women in informal cross border trade sector within the framework of the East African Community integration.

Jeanne d’Arc Kanakuze, the chairperson of Pro-Femmes/Twese Hamwe, said : “Duterimbere’s responsibility is to give equal opportunities to men and women, young and old, and especially ensure that women access finance and improve their welfare. So that you also advance and enhance the welfare of your families and communities.”

Charles Kayumba, the director-general of Duterimbere IMF, said the project will help the beneficiaries acquire equipment as well as pay for the technical services for them to know how to properly use them.

“The money is for buying the various equipment that you need as well as training you on how to operate them. The money will help you add value in both quantity and quality in your respective products,” Kayumba said. “Our plan is that you must all have what you need before year end.”

To-date, 63 women cross border trade cooperatives are operational and more than half of these were directly supported by the project.