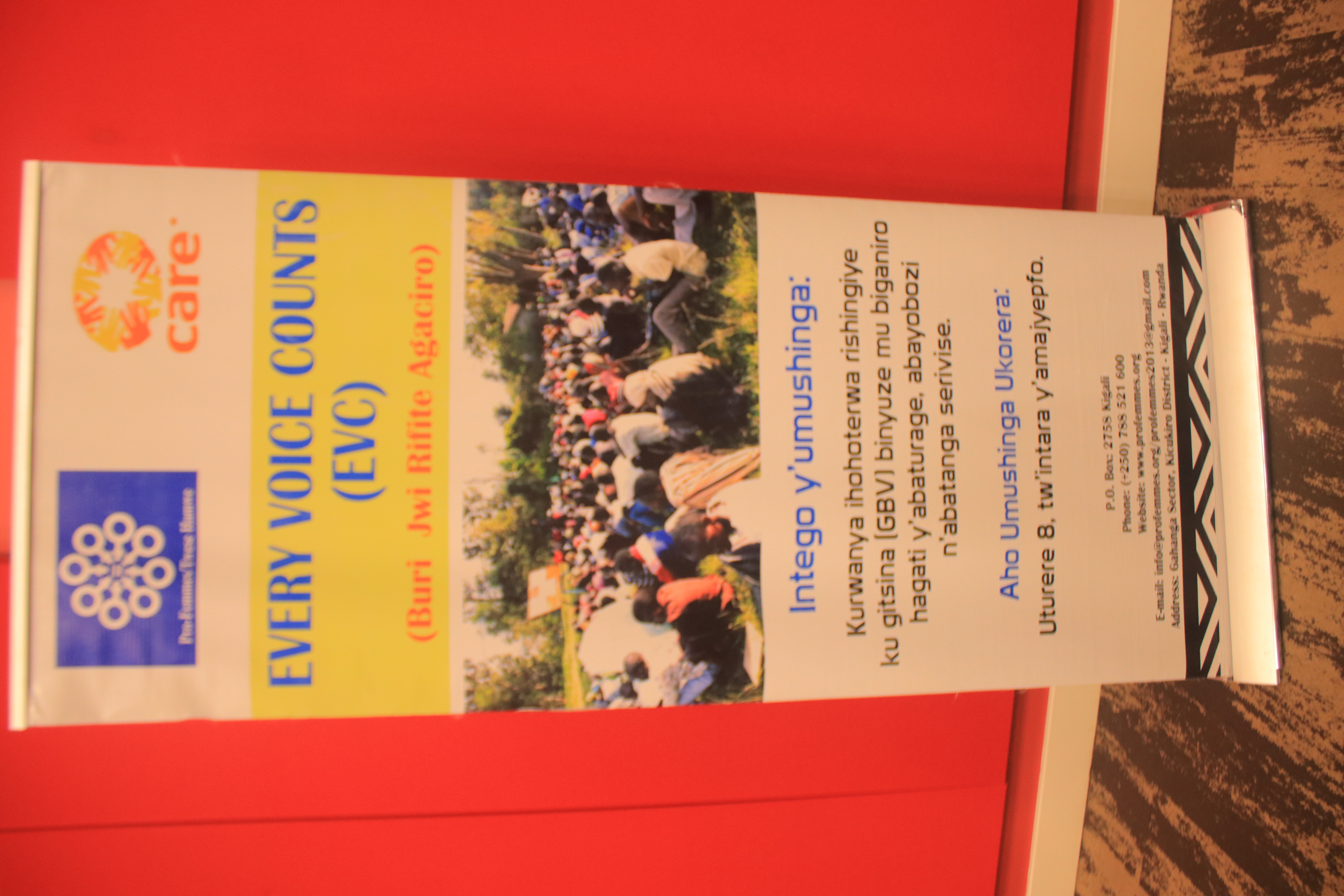 Men role models in the fight against negative masculinity

To spread the message across the nation, Pro-Femmes/Twese Hamwe in partnership with CARE International Rwanda organized a 3 moth’s campaign which started in October 3rd and ended on December 10, a strategic moment as the world celebrated the International Human Rights Day.

Further, door-to-door visits from 100 exemplary married men (role models) between 25-39 of age from EVC are targeted another 800 men to challenge existing social norms that prevent women and girls’ engagement in public spaces, including Imihigo planning and budgeting.Men aged between 25-39 old in EVC areas have been reached with messages persuading them to support women’s participation in public areas. Aline Murekatete, Pro-Femmes/Twese Hamwe’sEVC project coordinator and other PFTH team, have been touring national radio and television stations discussing the issues pertaining to women’s empowerment.

According to Murekatete men should not celebrate when they confine their wives at home with no access to public spaces.

“No man should be proud that a woman’s role is doing domestic chores. A noble man gives a woman a noble place in public to interact with others and participate in various programs,” Murekatete mentioned.

Jean Claude Kayigamba, the Governance technical advisor at CAREInternational Rwandasaidthat the project has identified 100 role model men who have mobilizedmore than 800 men to change their behavior.

The aim is for those men to gradually change others to “engage men to become partners and allies of women.” “When women are at the center of everything, we are sure we are dealing with underlining issues of poverty,”Kayigamba says.

TwishimeMpabuka is a father of four who had never been able to help his wife with farm activities because he could spent the entire of his time-consuming beer bars. The man, who lives in theMukingo sector of Nyanza district with his family, says he is now a changed man who even helps his wife with household chores. He has changed his perceptions and behaviors thanks to lessons he learnt through EVC project.

“All my assets were dwindling as I spent every harvest in a bar. My wife didn’t have a voice in my home,” the 45-year old man regrets with a sigh with joy as the project helped him change from worse to better.

Since January 2016, Pro-Femmes/ Twese Hamwe in partnership with CARE International Rwanda — through CARE Netherlands and funded by the Netherlands Ministry of Foreign Affairs –has been implementing the Every Voice Counts (EVC) project. The project is being implemented in 5 districts of the Southern province namelyMuhanga, Kamonyi, Nyanza, Ruhango and Huye.